I received my new Blonde Entrada with the Midnight Package and two pickups exactly one week ago. Let’s just say it was love at first sight. I wasn’t quite sure what to make of all the “hype” on the Conti website, but this guitar has exceeded my expectations.

The guitar was shipped in a sturdy container that was well packed. I thought about ordering the hard-shell case, but the gig bag is well constructed and sturdy. If I was touring and traveling, I think this would have been a good option, but the gig bag will be fine for gigging locally.

The black knobs, switches, and tuners really pop against the natural blonde wood. I’ve looked this guitar over carefully and cannot find an imperfection or a flaw with the finish or build. Every time I look more closely at this guitar I notice more interesting and beautiful wood grain textures that make this guitar unique.

The intonations are spot on, and the action is probably the lowest of all my other guitars. The neck is setup just right because not a single string or fret buzzes. With the ebony fretboard, this guitar does “play like butter.”

The tone of this guitar really sets it apart, and I am very impressed with the Kent Armstrong pickups. As I would expect from a good jazz guitar, it has warm, bright, and clear tones when played cleanly. However, this guitar can get down and dirty when playing rock or blues. The tone of the guitar cuts through when using a little distortion and effects. With two pickups, this guitar does it all!

The customer service has been excellent. Shortly after placing my order on the Web site, I received a phone call to confirm my order and ask questions. I thought it was a nice touch to reach out to me and create a more personal relationship. My guitar shipped as promised.

Everyone who purchases a Conti guitar is promised to receive a video of Robert Conti playing YOUR guitar as a final quality control check before the guitar ships. Honestly, I expected a 2- or 3-minute video of Robert running through a quick song and then saying something like “Thanks for buying a guitar.” The video I received was over 30 minutes! Robert played several songs and even read the serial number of the guitar that I would receive, as well as some important information regarding the maintenance and care of this fine instrument. I’ve watched the video over and over just to enjoy his beautiful playing. Thanks, Robert. The video adds so much more to owning this guitar.

This course gives you several ways to play a maj 7 arpeggio pattern at light speed in multiple places on the fingerboard, with commentary on how to move the patterns around to fit the tonal center of the underlying chord progression. For me this method is highly preferable to learning the arpeggio for a handful of chords and then not know how to string them together or what chords they work over. Conti’s method addresses all the theory issues of improvisation without boring the student with the details. You come away with fiery licks right off the bat. Fun, and effective.

It is excellent, so many interesting chords and ways of studying and learning songs and harmony. I would recommend the book “Formula” of Mister Conti to understand the functioning of the movements of chords.

Based on my experience with past purchases, I can honestly say that Robert Conti's materials do work!
With Robert Conti's guidance, you will be
playing credible sounding Jazz guitar before you know it!

There is a lot to learn from Mr. Conti books and videos. Different and very interesting ways to improve technicality and musically. Excellent!

It's early days as I have only recently started working my way through the Jazz Lines. But, even with only lesson one completed, I can see a connection between the chords, the notes and how moveable and applicable the lines are. I plan to be back and comment further and possibly even film me playing sometime.

Bought this lp in 79. Now i sold all my lps but i wanted to keep a stream recorded of a masterpiece 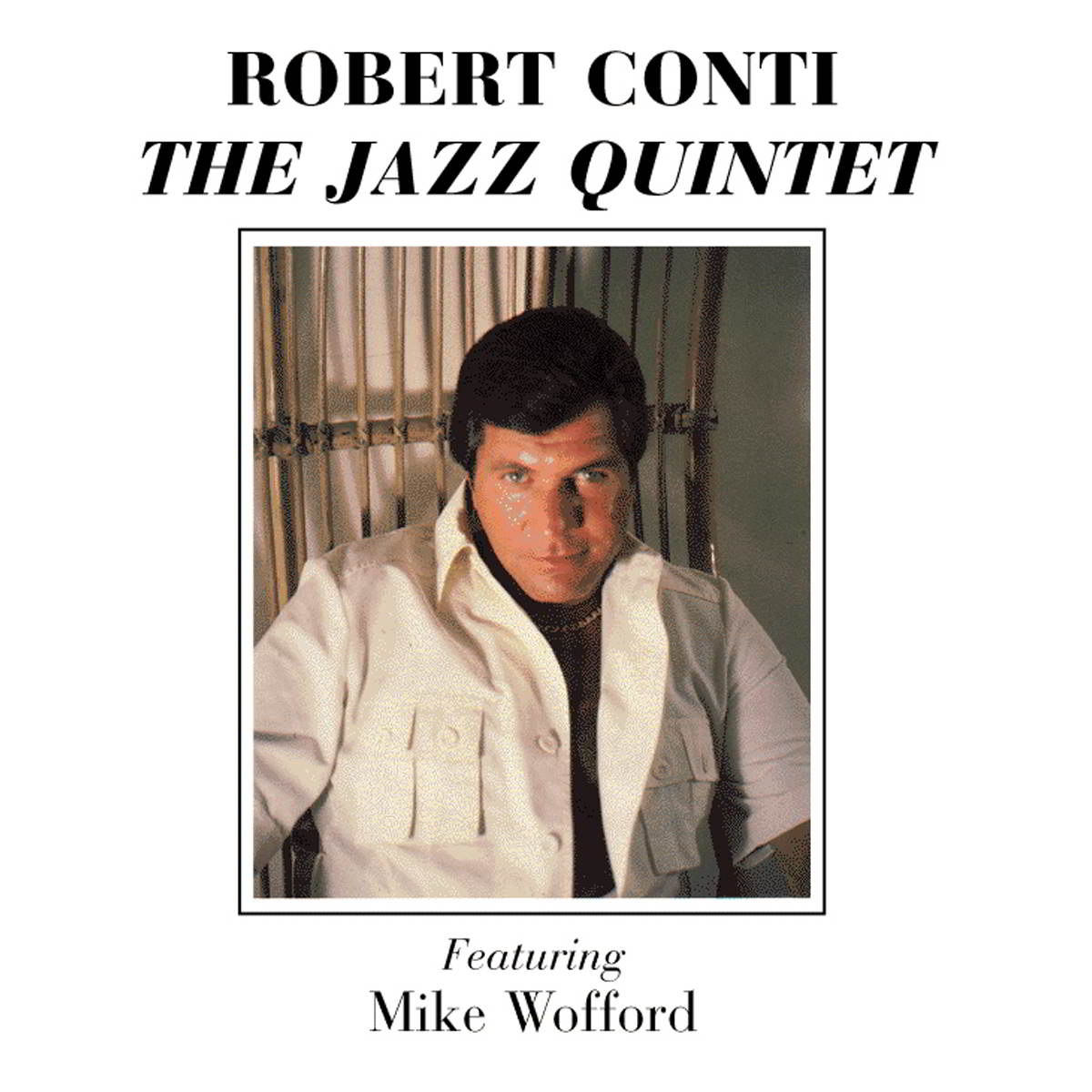 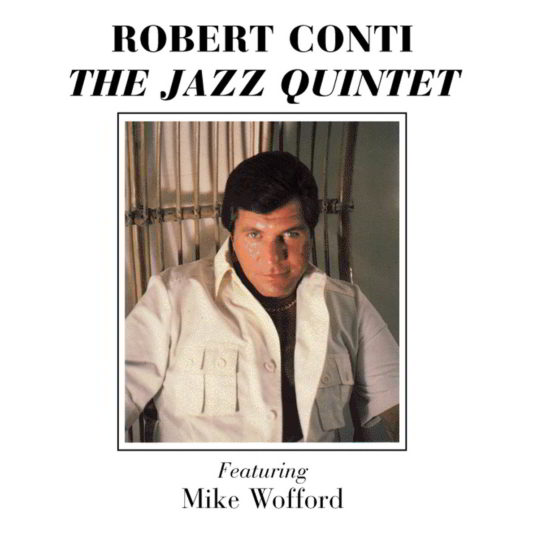 Conti’s third album displays his overwhelming mastery of the jazz guitar in the hard bop jazz idiom. And once again, Conti’s skill as a prolific composer becomes evident. Pete Welding, who is one of the most highly respected music critics said it best in a Guitar World magazine story and review: “Make No Mistake, Conti Is A Monster Musician Who’s Got It All Covered!”

This outing has Conti performing with an all star rhythm section including: Mike Wofford, Piano; Herman Riley, Saxophones; Jim Plank, Drums; John B. Williams, Bass; As evident when listening to this album, each musician made marked contributions. Conti was especially taken by Mike Wofford’s superb rendition of “In Memory Of” a solo piece written by Conti, who states: “Mike Wofford epitomizes the term “Master Musician” His exquisite interpretation and performance of that piece of music brought me to tears. When I heard the playback, it was almost a spiritual experience – he played every lilting nuance as if he was in my thoughts when I wrote the music! It was the high point of that recording session!

Note: One week before The Jazz Quintet was recorded in Los Angeles March,1981, Robert Conti also appeared as a guest soloist on Gerald Wilson’s “Lomelin, The Orchestra Of The Eighties” which featured an all-star lineup of West coast jazz musicians.

We saved the best for last. This is, quite simply, one of the best jazz albums to come along in a long, long time. As annotator Pete Welding notes, “…Conti has fully arrived.” Those who have caught guitarist Conti’s rare public appearances in this area are aware of his prodigious skills. The man is a monster player, with a seemingly never-ending flood of inventive musical ideas and a technique that is dazzling. In a live performance, however, the music roars by and is gone. Captured in “The Jazz Quintet,” Conti’s abilities can be savored in replaying, studied for their brilliance and be better appreciated. A pleasant surprise here is Conti’s impressive compositional skills. He wrote and arranged the seven tunes included on the disc. They range from a hell-bent-for- leather blazer titled “String Fever” to a floating and anguished ballad of the Strayhorn variety (“Chelsea Bridge,” “Lush Life,” etc.) titled “The Agony Of Ecstasy.” “Rotation” employs the familiar chord structure of “Cherokee” (a Conti favorite), taken at a tempo that only the gifted would attempt. “the Street Life Of South Philadelphia” (Conti’s home turf) is a very catch melody in 6/4 time that reminds, at times, of Miles Davis’ “All Blue.” A long and lovely ballad titled “The World Today” contrasts with a funky romper called “Hollywood and Sunset.” The eminently talented Mike Wofford is on piano (he solos on a lovely ballad entitled, “In Memory Of”), and Herman Riley is heard on soprano, alto and tenor sax and flute. John B. Williams is the dependable bassist and Jim Plank handles percussion duties. Joe Pass, Pat Metheny – whoever, look out. Robert Conti has arrived — and he’s ready.

Robert Conti is awesome! His debut jazz recording “The Robert Conti Quintet Featuring Mike Wofford” is as viable today as it was when it was released in 1980. The first tune “Rotation” is an up tempo swing tune that Conti eats alive with his blistering single note lines. “The Agony Of Ecstasy” is a ballad with Herman Riley on Soprano saxophone playing the haunting melody punctuated by string arrangements and subtle comping by Wofford and Conti. Conti adds some nice chord soloing and some single note material. “Hollywood and Sunset” is a medium swing tune with another great Conti solo representing a Philadelphia guitar sound started by Pat Martino. “In Memory Of” is a song Conti wrote after the passing of his father in 1979. Conti lets Wofford take over and play this wonderful ballad tune solo with a gentle touch. “The Street Life Of South Philadelphia” is a 6/8 grooving tune with a vamping section followed by a turnaround for the form. Conti shines on this original from the period. “The World Today” is another soulful ballad penned by Conti. He takes a great extended solo with much attention to taste. Conti also shows his chops soloing with octaves. “String Fever” is an up tempo rhythm changes tune showcasing Conti talent on the timeless jazz form.

I'm getting all 3 of your CDs... are you ever gonna put Laura on CD?