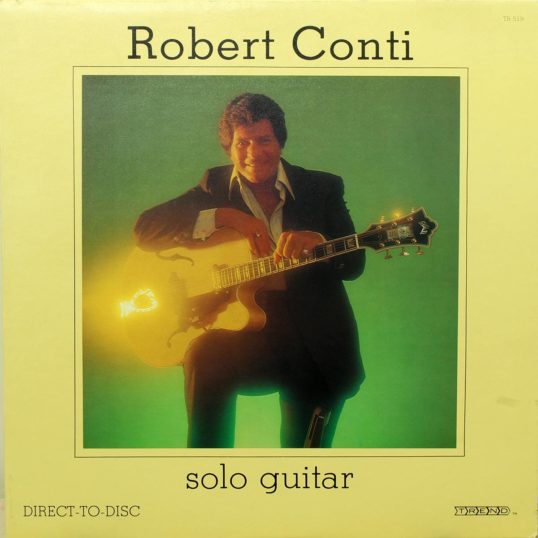 Excerpt from Liner Notes:
“This collection of ballads is devoid of any gimmick and gadgets. In fact, it nuggets right down to the basics: just guitar and guitarist. The moment of truth in terms of music making, made even more truthful by the one-take nature of direct-to-disc.” Harvey Siders, Jazz Critic

An interesting story is attached to this album. During the recording of Latin Love Affair,the producers, Albert Marx and Dennis Smith, happened to hear Conti demonstrating his version of a Beatles song to another musician in the studio. Extremely impressed by Conti’s solo virtuosity, of which they were apparently unaware, they immediately decided that a solo album was necessary before Conti returned to Florida. However, as the excitement of the project at hand required their attention, they simply failed to tell Conti of their decision to produce another album while he was still in California.

After the mix down of Latin Love Affair was completed, as Conti was in his hotel room preparing to leave for LAX for a red eye flight, Dennis Smith called to discuss the solo album. Conti said jokingly, “What solo album?” The communication mixup became apparent. At that point, Smith asked Conti if he would be willing “…to do a solo album…” on his way to LAX. As the recording studio customarily used by Discovery Records was unavailable that night. Albert Marx was able to procure a studio in Burbank after several phone calls. In addition to this sudden decision to do another album, Albert Marx also decided that Conti should record the album in the Direct-To-Disc medium. As any artist aould agree, this is a pressure cooker type of recording session wherein the artist must record an entire side of music, without any breaks between each song.

The Direct-To-Disc recording process bypasses the traditional master tape, as the artist actually records the “mother” disk that is used to press the copies. This means: If a serious musical error occurred On Track 5, the artist would be required to start another master of that side, starting again from the first track. Now add the pressure of performing solo, and you have a perfect formula for shattered nerves! Under that pressure, Conti performed flawlessly, as the stunning results of his incredible virtuosity on that evening will soon be available on The Pinnacle Records reissue of the original recording. This album displays Conti’s ability to create a harmonic palette of exquisite solo renditions of ten timeless standards, including: My Funny Valentine, The Beatles Yesterday, and others. 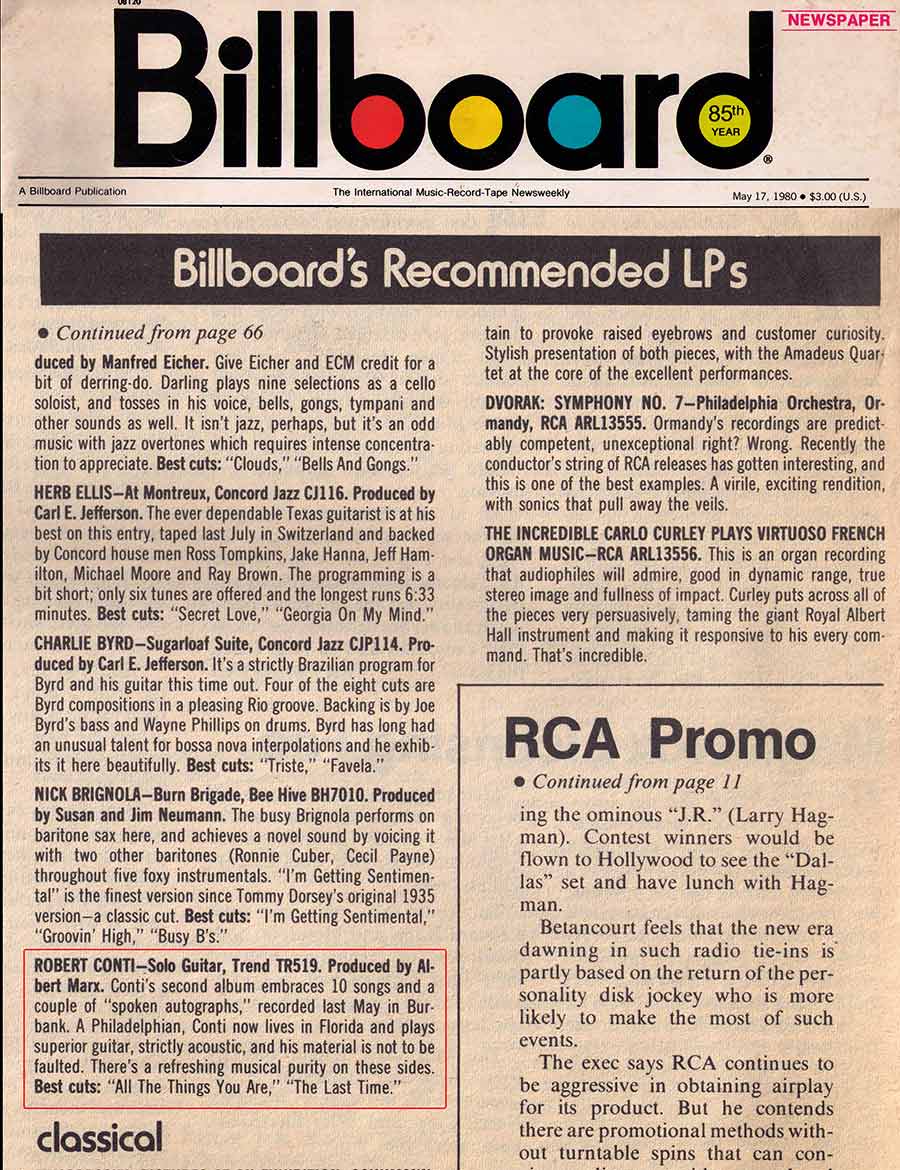 I've been waiting to listen to this album for years, and I am so glad to finally get to hear it. It was well worth the wait. Robert's playing is so beautifully exposed in this selection of standards plus one additional tune. They are all so tastefully arranged and showcase his wonderful solo guitar style. I've learned so much from studying his books, and listening to this really demonstrates how you can develop these tools into arrangements that stand on their own. Sit back and relax as you enjoy this stunning solo performance.